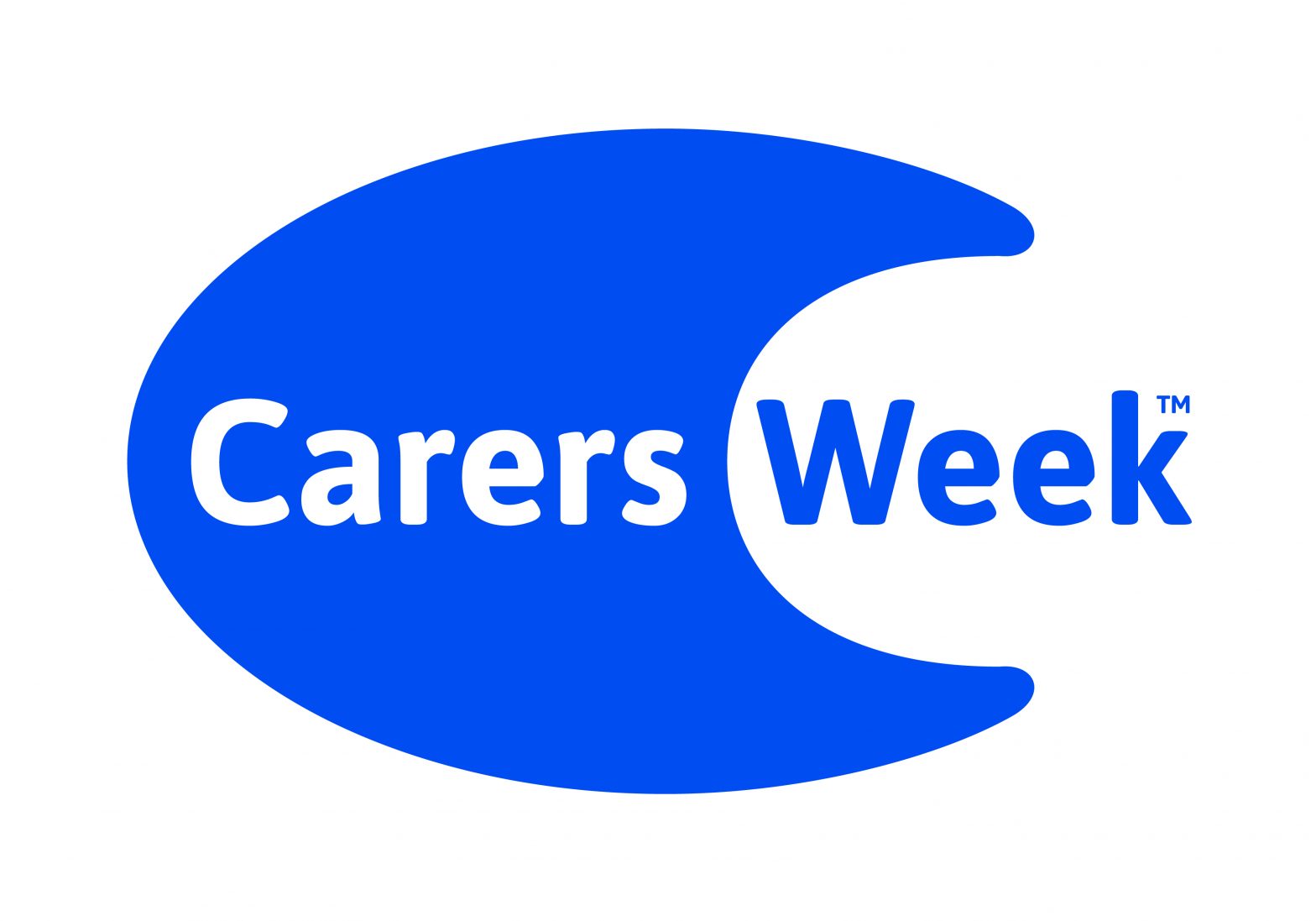 Carers Week ended on June 16th 2019. After a week of events and pledges to connect carers to their communities, what now?  When the bunting is packed away and the Twitter frenzy subsides, many people still have no support for their caring role and face each day feeling exhausted and anxious about the future, often with their own health in decline. I paused for thought and reflected on how it felt for me when I realised I was a carer and how it feels now.

My Mum was diagnosed with dementia over a decade ago. We knew in our hearts that something was off-kilter long before diagnosis. Mum changed over time from a bright and bubbly woman to becoming increasingly anxious and avoiding social situations. From that day on all our lives changed. It was a constant battle to get the information we needed to process what was going to happen. The GP was pretty indifferent, previously brushing off Mums memory loss as a natural part of ageing.  It isn’t and it wasn’t. The scans confirmed it. The long goodbye had begun.

I didn’t view myself as a carer then and even now I have to acknowledge that I’m in the Carers Club along with millions of people around the world.

As Mum was on her own after Dad died in 2001, the worry of what she might do as her memory worsened was uppermost in our minds. Losing her handbag and purse triggered a series of episodes triggered by stress that stayed with her for years as she randomly flashed back to the trauma of that day. Great gaping holes started to appear in her recollection of life events.

And so, it began. A bit like a fairground ride where you lurch from the big dipper to the ghost train and now and then a trip to the fun house where you end up laughing at situations that in the past would have produced quite the opposite emotion. A coping mechanism.

Mum was born in Scotland and moved many times, eventually settling in North Wales. My siblings and I didn’t live near Mum, so we took it in turn to visit at weekends with the odd mid-week dash to field problems as they arose, and there was a lot of problems! The phone calls from Mum became more frequent, one after another. BT made a fortune! Every evening Mum rang us one by one, me, my brother and my sister with no memory of her previous calls.  The telly remote control became impossible to fathom and caused panic when she was unable to tune into her favourite programmes. Kitchen cupboards were filled to bursting point with cake, biscuits and crisps with no recollection of previous shopping trips.  We started pinning up instructions with reminders around her flat. She mistook my brother for my Dad.  Routine life became increasingly difficult. Distress and panic set in and people began to notice.

The Colwyn Bay Memory clinic helped us all. Sandra, Liz and Llinos came in like the cavalry giving us a bit of breathing space and for a short time we coped. Slowly we added support bit by bit to what became the infrastructure of a care package. Lara came next from Allied Care to help Mum to maintain her independence, a breath of fresh air, always ready with a smile. Caring from a distance isn’t easy as we discovered.

However, we knew this was just a sticking plaster and that we would have to move Mum from all things familiar eventually. In the end the decision was taken away from us when staff from her beautiful warden assisted flat (that she owned) said they couldn’t cope. After pulling the alarm cord in her flat 18 times in one night (and yes Mum was charged for the call outs) we gave in. It was a heart-rending decision. Mum had a fabulous birthday party with singing and lots of cake (she likes cake) at her home with all her friends and the very next day we led her like a lamb to the slaughter into respite care.

Mum had a fall whilst in respite and ended up in hospital after a cerebral haemorrhage and sustained a serious head injury after striking her head on the way down. Hospital visits became the norm. It was an awful time but Mum recovered slowly much to the surprise of us all.

We started to plan the move from Abergele, North Wales to Nottingham which was fraught with bumps in the road. Taking Mum away from her friends and social network felt heartless. We plumped for Mum coming to live near me as it was the least amount of travel time for each of my siblings to visit.

For nearly six years Mum lived in a dementia nursing care home until the quality of care deteriorated so much that at one point she was placed on ‘end of life care’. To cut a long story short we had to take the difficult decision to move her to another home. Services helped and the Dementia Outreach Team became an important link for us. Thankfully it was the right decision and she has thrived and who knows, maybe she will get a telegram from the Queen (or King) yet. They are the same age give or take a few months!

I will admit some days it’s more tragicomedy than belly laughs but you have to roll with the punches and take it in your stride. As the well-worn phrase of the World War 2 poster campaign proclaims, ‘Keep Calm and Carry on’. I didn’t feel calm then and sometimes I feel frustrated now. She has ‘risen like Lazarus from the dead’ so many times we laugh about it.

The impact of caring (for me) crept up over time. My brother and sister can only visit at weekends and Mum has no other social network.  Luckily, I work in a supportive team but my health has suffered. Some days I find I need to steel myself to visit Mum.  Sometimes I feel I’ve just seen too many people with dementia in distress, confused and desperate to go home or go to work. It could be me in the future.

Residential care is not the same as home but it gives us peace of mind and Mum says she is happy. Many residents have deteriorated much faster than Mum who doesn’t know us by name now but the love she gives me and my siblings is incalculable. Sometimes I’m greeted with ‘I love you so much and you are gorgeous!’ She often says ‘Thank You Sir’ when I leave which make me smile. She screams when carers attempt to cut her nails and she’s reluctant to keep mobile but I’m eternally grateful for a Mum who still can show love towards her family and the care staff. They also love her and give her the hugs and kisses she needs and thrives on.

Summing Up Sadie.  Sadie is still a Mum, Grandma and Great-Grandma. She ran two businesses with Dad. She had been in the Woman’s Royal Air force, where she met Dad.  She was a talented singer, pianist, church organist, baker, cryptic crossword aficionado, avid reader, lover of Robert (‘Rabbi’) Burns songs and poetry,gardener, painter and decorator, expert at sewing and knitting and much more.

In 2019 her life and needs are now much simpler.

So, my final words for Carers Week 2019. My plates are spinning and chipped but certainly not broken yet. I’m urging anyone not to be brave and think it is your duty to go it alone. If you need support ask. Please don’t suffer in silence. Talk to your GP. Many surgeries now have Carer Champions. As an NHS staff member, we also need to give recognition to staff who become carers so that we can protect their health and wellbeing too. We want to come to work and give our best. Caring and compassion for ALL carers is needed.  ‘With 1 in 9 people now juggling work with caring for someone who is older, ill or disabled – and our population ageing – carers are a growing reality in our workforce’. Carers UK

Ideally, I would like to see our Trust (Nottinghamshire Healthcare) become a benchmarked Carer Confident organisation https://www.employersforcarers.org/carer-confident 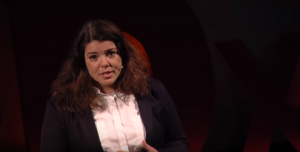 12 thoughts on “The plates are spinning and chipped but not broken yet. Carers Week 2019 postscript”