I was diagnosed with autism at the age of three in 1960. A mainstream boarding school environment with a class size of no more than fifteen pupils was the most successful strategy for my condition. By late teenage-hood, I was qualified enough to enter university. From the mid-1970s to relatively recently, I progressed through university in stages to acquire a degree and a collection of post-graduate qualifications.

The manifestations of my autistic spectrum condition resulted in a very difficult start to my career life. Eventually, I learned what areas to avoid, and what areas to aim for, and for more than a decade have enjoyed a reasonable degree of success on assignments as a software developer and tester. Beset by the practice of companies to send suitable work offshore to low wage economies, I am once again looking for work.

As a committed Christian, I am involved in supporting my local church and attend activities organised by the church and other Christian based societies. On a more active note, I keep fit by cycle commuting and going regularly to the gym, and like the adventure of long distance hiking and cycle touring.

Working Away From Home – The Beginning

The atmosphere was upbeat as we entered the dining hall to celebrate our transfer to a well-known IT services company known as Xansa. There was a party atmosphere with champagne and pieces of cake being served, cut from an enormous square cake bearing the Xansa logo. I enjoyed several minutes of conversation with work colleagues about where our future would be heading.

It all started a few months previously when the senior management team at our Boots the Chemist head office in Nottingham announced that the entire Information Services team would be outsourced to Xansa and IBM. Such a move would save Boots thirty million pounds. Support services would be taken over by IBM and software development services by Xansa. As a software developer, I found myself in the employ of Xansa.

At first, work proceeded as before. Later, as more and more of our software development work was moved to India so as to take advantage of this low wage economy, I found myself encouraged to work on assignments for Xansa clients around the country.

I was approaching the end of task, when I was given important news by my senior manager. As more of the work which I could do was being sent to India, an opening had arisen for someone to manage the documentation related to Xansa’s account with the Royal Mail in Chesterfield.  This role involved a daily commute to Chesterfield and required the use of a laptop which had to be especially set up for my use.

This role was demanding, not least for the daily commute which took nearly two hours each way. Included in this was a half-hour cycle ride between my home and Nottingham Station, a thirty five minute train ride, and a twenty five minute walk between Chesterfield Station and my new work place. To save time, I took a packed breakfast and ate it at leisure on the train.

On my arrival, I discovered that the laptop which had been issued to me had remained set up for its previous user. This prevented me from accessing my e-mail and the shared document libraries with which I was meant to work. To have it set up for my use required the assistance of the Xansa IT help desk. This was sited in India and did not have a very good reputation for providing a fast and trouble free service. My only means of contact with this was by telephone.

Over most of the next week, I was busy engaging with this help desk in an endeavour to have the laptop set up for my use. This took numerous telephone calls and instances of the remote operation of my computer from an IT expert in India. Eventually, on the afternoon of the fourth day, everything was in order. I was at last able to access my e-mail account and the shared libraries with which I would be working. While the problems with my laptop were being sorted out, I had to progress a very tedious off-line task which just required the use of pen and paper.

On the fifth day, my line manager called me into his office and told me that I would have to leave this assignment. This was because he was so overloaded with work that he would not have the time to give me the initial support which I required. However, he did write me a glowing report on my ability to patiently persevere with a problem to its resolution, even when tested to the limit. 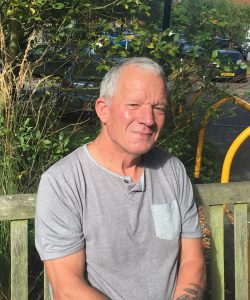