There’s an awareness day/week/month dedicated to everything you can think of nowadays. Did you know April is not only ‘Mathematics and Statistics Awareness Month’ but also ‘Jazz Appreciation Month’? Lord only knows how I’ll celebrate those two simultaneously.

This week though (23rd-27th April) the focus is on Experience of Care Week, and that one really does resonate with me. It’s all about sharing the good work that’s being done to improve people’s experience of care in the NHS, and ultimately it’s about actually improving people’s experiences of care. Unsurprisingly, this is one I am really getting behind.

For at least the last 10 years, my job has been about exactly that. Firstly at Care Opinion, and now in the Involvement, Experience and Volunteering team at Nottinghamshire Healthcare. Being honest, it isn’t the career trajectory I envisaged in my teens, but I found myself gleefully wandering into it following a few years caring for older people, children in care and adults with learning disabilities. I realised fairly early on that I may not know when to stop talking, but I am grateful that I can make myself heard. There are plenty of people who rely on the help and care of others throughout, or at some significant point in their lives, who are not looked after as they should be and have no way to make people listen and act on their words. Not only that, there are millions of people who can (and do) tell services what is done well and not well, how it felt to be cared for and what would have made it better, and yet still often things don’t improve.

I like to think being in the job I am gives me the chance to change that. I like to think that I can turn up the volume on the voices of people who are overlooked, and also that I can make sure that feedback (particularly stories) from patients, their carers and their families isn’t wasted – that it’s valued, and it comes to something. That’s got to be the best way we could possibly thank someone for taking the time to share their feedback with us, hasn’t it?

This week, in honour of Experience of Care Week, we’re going to be tweeting genuine quotes from feedback we’ve had from patients, carers and their families and there’s PLENTY to choose from. We’ve had over 147,000 surveys returned to us since the survey began, and over 5000 stories on Care Opinion. That’s a lot of people saying a lot about our services. People’s experiences of their care, written in their own words, has an unrivalled power to reconnect you to why you care about the NHS, and why it matters to get all this right.

This story was shared 7 years ago. It’s one that I always remember…

“I am in my 30’s, male with 2 young children. Several years ago I was admitted onto Ward B2 after suffering with depression for a long period of time. I had been on a course of anti-depressants and along with regular visit to my GP had been seeing therapists and psychiatrists. Although these treatments were good in the short term, my problems and difficulties with dealing with certain situations soon resurfaced. This got to the point where I attempted suicide and was unable to guarantee my own safety.

During my second period on B2, I was approached by ‘R’ and asked if I would be interested in trying some alternative therapies as she thought they would be beneficial to me. After several weeks and numerous sessions, I was released from hospital but kept returning on a weekly basis to attend appointments with ’R’.

My last appointment was over a year ago and although I still suffer with difficulties in coping and at times struggle, I have not attempted to harm myself. I strongly believe it is because of the work with ‘R’ and the other staff on B2 that I am not just coping but leading a normal life. I have been working now for over 8 months, looking after my 2 young children and carrying out normal everyday tasks, things that up until 12 months ago and before the amazing work of all the staff on and connected to the Mental Health Unit, I found almost impossible.

Thank you so much. I owe my life to you guys.”

I think it’s utterly incredible that our services have such an impact in people’s lives. I am endlessly impressed that at that most painful, distressing and confusing moment, when you feel at your most lost and vulnerable, there is a free service, manned by compassionate souls with a shed load of skill, who take you in, look after you and get you back on your feet.

It’s not always that positive of course. Sometimes our services, like every other healthcare service, gets it wrong. As the team who handles our organisations feedback – good, bad and middling – we don’t shy away from the negative stuff. I learned when I was at Care Opinion that if you you’re not hearing the negative feedback, it’s because it’s being said elsewhere – that the patient is too frightened to tell you, or doesn’t have any confidence that you’ll do anything with it. People have bad experiences, thankfully not as often as people have good experiences but we can learn so much from them and we can go a long way towards restoring that person’s faith in our services by listening to, learning from and acting upon their story. As a famous person once said, ‘People begin to heal the moment they feel heard’ (Cheryl Richardson).

I hope you’ll join us in celebrating this important week focused on people’s experiences of care (if you’re not too busy appreciating jazz, that is!) and I hope you’ll continue to trust us with your feedback and your stories – they matter to us like they matter to you. 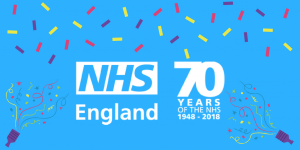 One thought on “‘Jazz Appreciation Week’ is upon us folks, but our minds are on other things…”