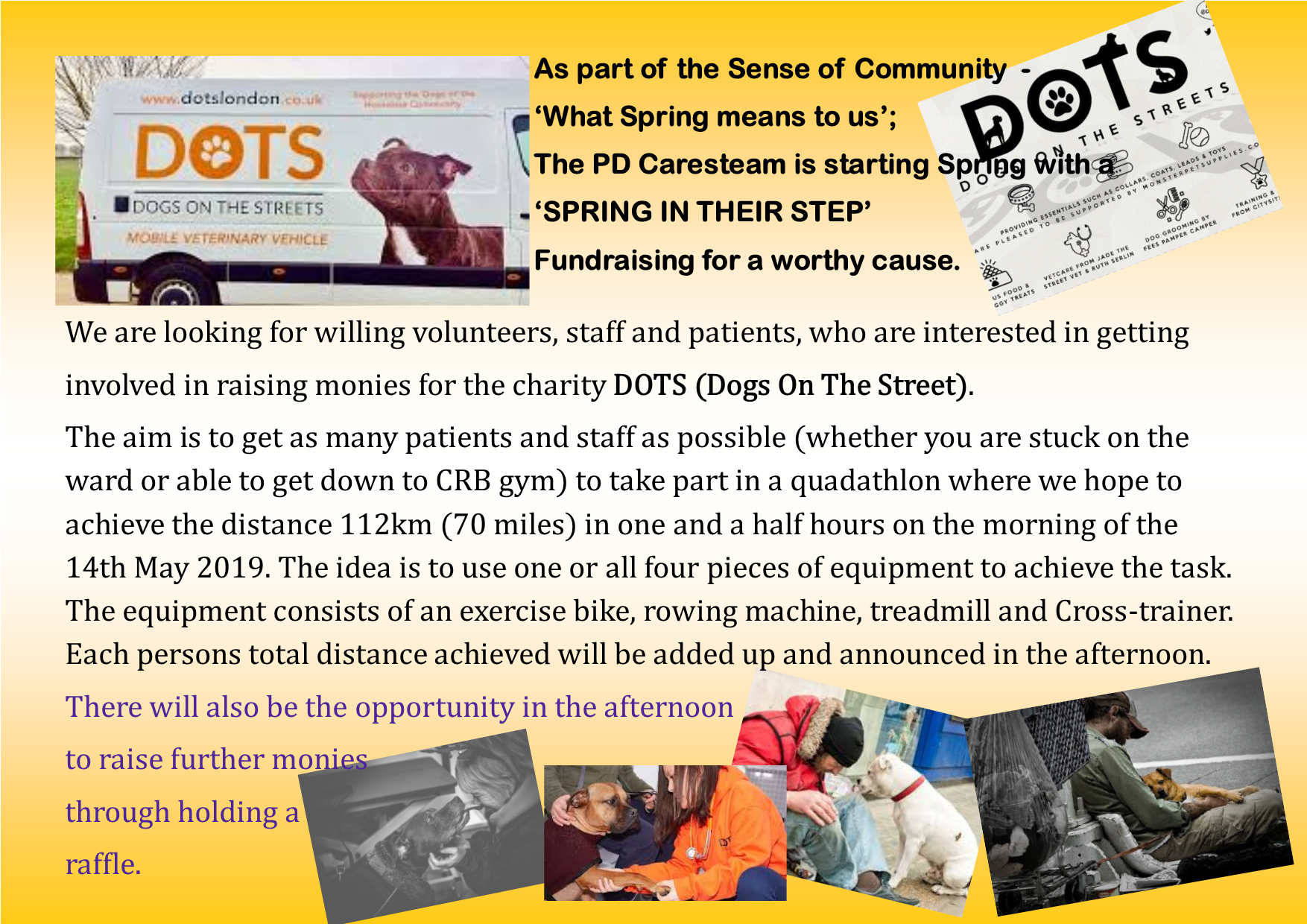 A Rampton patient’s idea to raise money for a charity close to his heart led to a real Sense of Community as six patients and several staff within the Personality Disorder (PD) Service at Rampton Hospital worked together. Using a selection of exercise equipment, to achieve a set challenge of 70 miles in 90 minutes.

They were so determined to achieve the target that when the distances were calculated they had achieved a total distance of 124 miles in the set time!

The charity was DOTS (Dogs on The Streets). This was specifically chosen because many patients either know someone or had experienced living on the streets themselves.

DOTS provide much needed veterinary care including vaccinations. They also provide grooming, dog food and bedding. For many homeless people, their dog is their world helping them through their worst times.

The fun didn’t stop there as a cake sale (non-fattening of course) and a tombola was also put in place to continue the fundraising into the afternoon.

Several sweaty bodies later; close to £400 had been raised for the charity; (well done lads) but the biggest thing that came from all of this was the value of staff, patients and visitors; that real Sense of Community, working together to achieve an amazing goal.

As a result of Nightingale, Cambridge Ward moves to Carlisle Ward

On The Wall. Support for Staff during Covid. Rampton Hospital

Coronavirus – what a shock!

**Click here for the lastest updates from our team on volunteering, information for staff, patient experience and involvement.**